The historical town hall and the former district court

Full CZK 50, reduced CZK 30, Tour including the B-24 Liberator CZK 20, free admission for children up to the age of 6

The Municipal Museum is located in the historical Nepomuk town hall and partly also on the premises of the former Piarist College, the prominent feature of Nepomuk’s square.

You can visit the permanent exhibition of the Municipal Museum, including the exhibition dedicated to the Zelená Hora Chateau, the Black Barons, and the prominent figures of the Nepomuk Region. The exhibition also includes period townhouse and farmhouse interiors as well as cold weapons and guns. On a separate tour, you can visit the exhibit of a crashed US B-24 Liberator bomber, which documents the tragic event that took place in the nearby town of Dubeč in WWII. You can also see exhibits from the defunct Cistercian monastery, Pomuk, including a 3D model of it.

House No. 126 served as the town hall from the Middle Ages until 1911. The old town hall was largely rebuilt in the Classicist style in 1836 and has remained more or less unchanged, despite later modifications, to this day. The District Court had its seat in this building in 1850–1950. 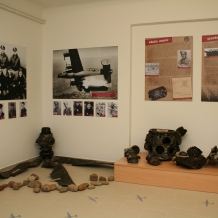 Other places in the area 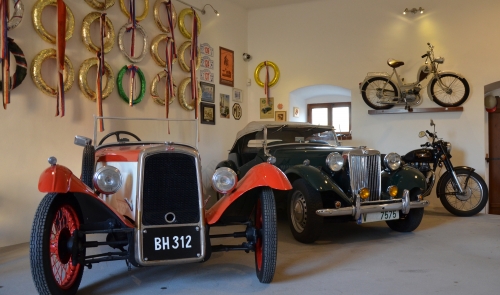 Gallery of paintings by the author of the curtain in the J.K. Tyl Theatre in Pilsen
56 m
30 minutes
Wheelchair access
Original website: old.nepomuk.eu